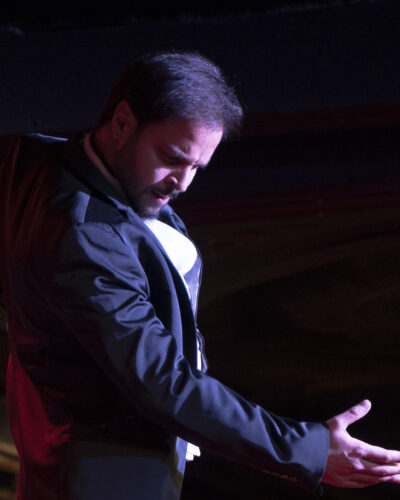 Mariano was born in Seville in 1988 into a gypsy family. He belongs to the Amaya dynasty and his family is composed of great flamenco musicians such as Mari Vizarraga, Arturo de Quilate, “El Bobote”, and “La Tana” among others. He began his professional career under the guidance of Winy Amaya, Carmen Amaya’s niece, and finished his studies at the prestigious Amor de Dios school in Madrid with masters such as Cristóbal Reyes, José Maya, Manuel Reyes and Alfonso Losa, among others.

He has toured several tablaos as a soloist, which makes him consolidate his career as a dancer. He has created his own show “Mi Sentir”, a project that has been very well received by the public, with which he has toured different cities in Mexico. He has participated in the work “Carmen” with the Madrid Flamenco Ballet Company as the main soloist in an extensive tour of China.

She has starred in the announcement of Champion 2019, while teaching flamenco classes in countries such as Germany, Morocco, France and Turkey among others.

Currently, she combines rehearsals for her shows with performances in different tablaos throughout Spain.